Everyone has ships in Eve they'd rather not fight.

Usually, it's not a binary switch, but a sliding scale, with something like a Punisher up around a 9.5, and a link-boosted Cynabal looking for new and exciting ways to get rated in negative numbers.

Obviously, it also depends on what I'm flying: I like the look of a brick-tanked lowsec Heretic a lot better in a dual-rep Incursus than I do in a double-tracking-disruptor Condor.

Everyone has ships in Eve they'd rather fight in.

I like interceptors. I'm terrible at them, but I like flying them. I like the speed, I like the responsiveness, and I like the pricetag. If interceptors aren't called for, I'm most likely to go for something similar in whatever class of ship is more appropriate.

Really, fast ships in general appeal to me. (This is a trend that's carried over through pretty much every game I've ever played where 'who I'm controlling' is something I get to pick. As I am already slow and lumbering in real life, I do not want a slow and lumbering avatar, exponentially increasing my response time.)

But I have to be careful with my ship selection, or I'm going to be bored.

See, for fast, non-interceptor frigates, there really isn't a much better option than the Imperial Navy Slicer. It's fast, it has great damage projection and, if you win the positioning battle, you'll score solo kills without taking much, if any, damage. I love this ship.

And I almost never fly it.

Same thing goes for Hookbills and Comets. And Condors. And Crows. And Daredevils. And Dramiels. And Crucifiers.

Why? Approachability. I like these ships because they're pretty damn good at what they do. The problem is, people know they're good, and pilots generally don't like taking fights with ships they think will have the advantage.

If you're flying a ship that most people see as 'always having the advantage', it doesn't matter how good you are at PvP - you won't get fights (unless your targets do something that tips the scale massively in their favor - hello booster-alts).

So what's a pilot to do? Instead of flying those awesome ships all the time, you need to liberally mix in stuff that isn't as good, with a more limited list of viable targets, but which you think will still give you a solid chance in the right situation.

In other words, you fly "approachable" ships that look like they're high on the "I'd fight that" scale, which in reality are pretty good. Examples for Faction War include flying things like Tormentors (which were bad for so long and still uncommon enough that people don't realize they're quite good), Breachers (similar story), maybe Stabbers (ditto), and so on - stuff that's 'bad' that really isn't bad if you narrow your menu of targets a bit.

Not Punishers, though: that's going too far.
All of which brings me to the Rifter.
Now, before the frigate changes in Crucible, I would have been laughed at for suggesting the Rifter was anything like an attractive target: it was the king of frigates, with only the Merlin really standing out as a semi-viable substitute.

But when the frigate balance changes came and all frigates got tweaked to function roughly on the Rifter's level, the Rifter itself became...

Well, it didn't become anything - it stayed the same, which mean it was now sort of "second (or third, or fourth) best at everything" - never the best choice, no matter what you were doing. Worse, it had basically the same bonuses as another ship in the same empire (the Slasher), which did pretty much everything it did, better, and was still something people would fight.

I still tried to fly them, sometimes, and while I could certainly get fights (even Punishers would take a shot at a Rifter, which is like having the fat kid in fifth grade push you around on the playground), but usually (except for the Punisher fights) it didn't go well.

But this week, with Rubicon 1.3, CCP gave the Rifter a makeover, trading its plain-jane, tracking-bonus jumper for a sexy little falloff-range outfit that I just can't keep my hands off. I did a bit of number crunching and managed to come up with two or three fits that (still testing!) I like quite a lot: play it right, and you've now got a surprisingly fast ship that can hit you (well... "hit" you) from out around long-point range and still stay clear of your big, sweaty man-arms.

Sort of like a rusty, not-quite-as-good Imperial Navy Slicer.

Not quite as good, yes. But you know what the Rifter has that Slicer doesn't?


Is the King of Frigates Back on the Throne?

But you know what? We don't want a king on the throne - that's boring.

What we want is a throne war, with dozens of candidates vying for supremacy, no clear forerunner, and a clever but often-dismissed Imp doing his best in a family that hates him, and lots of gratuitous sexposition.

Man I wish Game of Thrones was back on. Anyway. Rifters!

You have not suddenly found your next pwn-machine. Most of your fights will look like this: 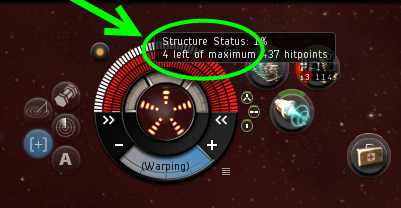 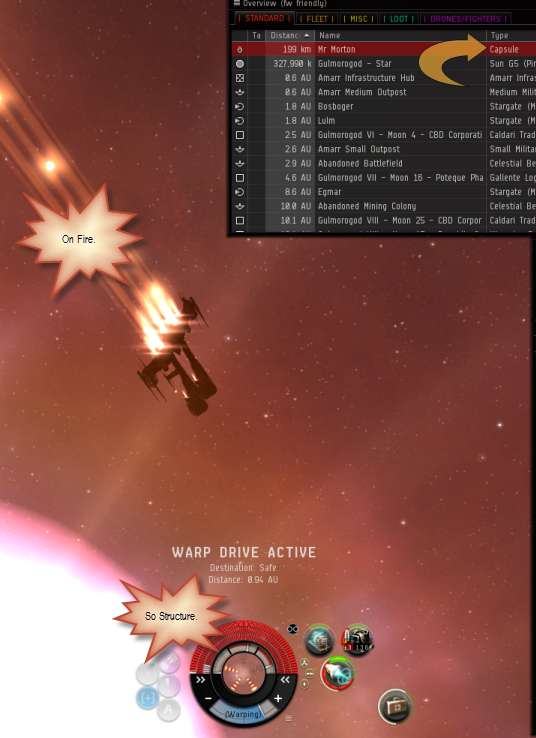 And you will definitely experience some of this:

BUT, you will get more fights.

And you will have a chance.

And you'll have fun.